Lumber Tech Columns is the manufacturer of a quality engineered laminated column, located in Bloomington, WI.  Tom Langmeier, owner of Lumber Tech Columns, started manufacturing columns in 1988 in a small 1600 square foot shop.  At that time he owned Langmeier Lumber, Inc, a retail lumberyard, and began making columns for his own projects on a homemade press.  Two men could assemble 600 lineal feet of 3-ply columns per day with that press.

Lumber Tech Columns was created in 2008 when Tom made the decision to purchase the first automated press and expand his column sales from Langmeier Lumber’s projects and start selling to wholesalers.  As business expanded there was a need for a second press and more space.  The second press was installed in 2013 and the business was now using more than 12,000 square feet.  With the new press, Lumber Tech can now manufacture 10,000 lineal feet of 3-ply columns per day.  This level of output led Tom to sell the lumberyard, his business of 33 years, in January of 2014 to dedicate more time to the column business.

With his years of experience and extensive knowledge of post-frame design and construction, Tom, along with a close friend, was aware of an issue when installing a truss onto a column.  This led to the development of the “Mega Spacer”, which was designed and patented in 2016, and is now included in all Lumber Tech columns.

We aim to supply the most user friendly and time saving column on the market. 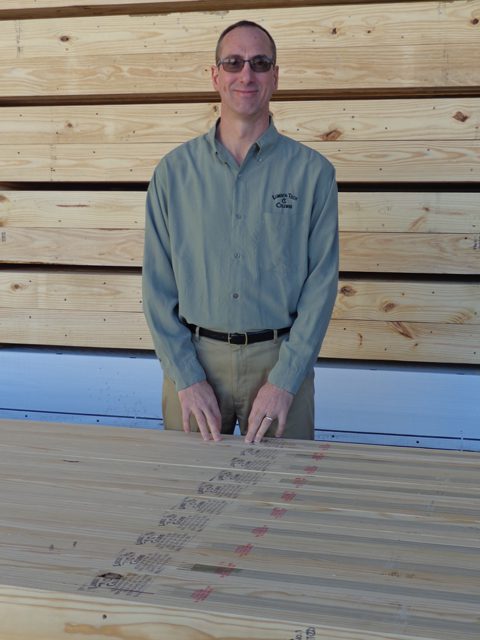